The band program at Santa Fe High has a strong history throughout all 60 years of the school’s existence.  The Raider Regiment Marching Band has given it the current name in 1995 with the arrival of legendary band director, Kathy Lavay (Turner).  The transformation into one of the premier programs in the state involved much more than a name change.  Ms. Lavay’s passion, determination, creativity, musicianship, and leadership made Santa Fe a well-known name all around the state and country.  During Ms. Lavay’s tenure, the Raider Regiment earned 6 State Class Championships (1999, 2000, 2001, 2002, 2003, 2005) at the FMBC Finals.  Meghan Watkins continued the winning traditions with 2 innovative shows during her short tenure, as well as 2 more appearances as an FMBC State Finalist.

Nate Bisco became the 3rd director under the Raider Regiment name.  The band continues to write artistically progressive shows while striving to never compromise top performance standards.  The Raider Regiment earned two more State Class Champions Banners (2009, 2010) and continues to be the only school in the State of Florida to be named an FMBC Finalist for all 20 years of the organization’s existence.

The Raider Regiment takes pride in receiving many accolades at the competition level, while also maintaining an integral role in the school and local communities.  The band has always valued pushing to be your best and realizing that hard work is the only constant that will help get you there.  We respect and believe in each other, and do not let differences ever get between us. 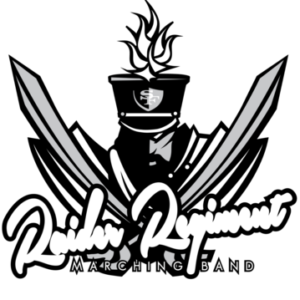