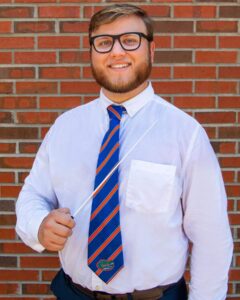 Director of Bands:
Mr. Jacob Massena
Jacob.Massena@sfraiderregiment.org
Mr. Massena graduated from UF (Go Gators!) with a bachelor’s in Music Ed and a performance certificate in trombone. He was a member of the Gator Band and a section leader. Mr. Massena also marched with the Cadets on euphonium. 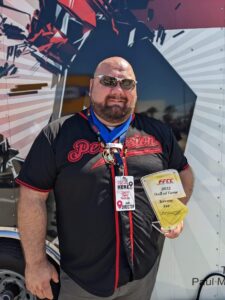 Assistant Director of Bands:
Mr. Jeremy Lee
Jeremy.Lee@sfraiderregiment.org
Originally from West Palm Beach, Jeremy Lee has played with many groups throughout the years, including the Gator Band, Magic of Orlando, “Big 8” Marching Chiefs (FSU), multiple Alternative, Rock & Christian bands, and several ensembles in college and professionally. As a senior at Santa Fe HS, he was awarded the John Philip Sousa Award. In 1998, Jeremy started his percussion career at Santa Fe High School as the percussion caption head, where he won multiple top percussion awards along with back-to-back state championships for 6 years straight. Since that time, he has worked with multiple groups all over Florida, including Buchholz, Jupiter, Dwyer, Palm Beach Gardens, Bell, Newberry, Oak View, Howard Bishop, Trenton, Gainesville, Citrus, and Ponte Vedra. With these various schools, Jeremy has led his groups to top honors in percussion, music, performance, best in class, and state championships for the Florida Marching Band Championships. In 2022, Jeremy was inducted into the FFCC Hall of Fame for his commitment to the organization and excellence with competing groups in the color guard, percussion, and winds divisions.

Jeremy teamed up with Santa Fe High School again in 2014 and helped lead the band to win multiple competitions and top percussion awards, including best percussion at state championships and two runner-up titles at state championships for FMBC. He then joined WGI Winds in the inaugural season for Project Arts in the World Division as the Assistant Director and Director of Percussion. In their inaugural season at World Championships, Project Arts received the Bronze Medal.

Jeremy’s scholastic group, since 2013, has placed in the top 5 every season and won back-to-back gold medals in 2018 & 2019. In 2015, he began an Independent group named Unity Percussion that competes at FFCC and WGI championships. Since then, Unity Percussion has won two gold and two silver medals for FFCC and a gold, silver, and bronze medal for WGI. In 2019, Unity Percussion won the PIA World Championship in Dayton, OH.

Currently, Jeremy is the Assistant Band Director at Santa Fe High School, the Percussion Consultant at Santa Fe High School, Percussion Caption Head of Ponte Vedra HS, the Director & Founder of Group 352, Director and Founder of Unity Percussion and Unity Colorguard, Director of Music for Gainesville Church of God and is the owner of a web design company Jeremy Lee Designs. Jeremy sits on multiple percussion advisory boards in his spare time, including FFCC and WGI. He has been married to his beautiful wife for over 20 years and has three gorgeous daughters and a handsome son. 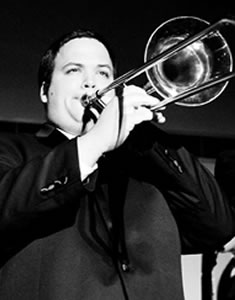 Consultant & Drill Designer:
Jason Beverung
jason.beverung@sfraiderregiment.org
Jason is returning to Santa Fe for his 8th marching season. A native of Gainesville, FL, Jason graduated from Buchholz High School and performed in their Wind Symphony, Jazz Band, and the Golden Regiment marching band. In the summer of 2010, Jason went on tour with the Drum Corps International Drum and Bugle Corps, The Boston Crusaders’ marching euphonium. During his musical career, he has had the pleasure of performing with many great ensembles and performing at the Midwest Clinic and Carnegie Hall. During his time at Santa Fe, the band earned their record-setting 8th state championship. They also finished in the top three at state every other year.

For the 2016 and 2017 indoor seasons, Jason joined Group 352 as their Visual Coordinator, helping them to a second-place finish in the 2016 season. In 2017 Jason graduated from the University of Florida with a Bachelor of Science Degree in Sports Management. 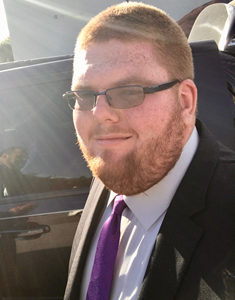 Percussion Caption Head:
Ryan Miller
ryan.miller@sfraiderregiment.org
Originally born in Louisville KY, Ryan Miller has lived in the Alachua County area since 2005. Ryan attended Newberry High School (2010-2014) for four years and performed in the Marching band during all four years of attendance, including his senior year when Newberry HS appeared in their first and only performance at FMBC State Championships, being awarded 2nd Place in 2014. During High School, Ryan also performed in Group 352 Indoor Percussion as an inaugural member in 2013 and also performed in 2014, where the group received the Bronze Medal at FFCC State Championships.

When not teaching at Santa Fe High School, Ryan works as a Software Tester at Gleim Publications and enjoys spending time with his wife, Katie, and their dog Toby as well as grilling and watching the Florida Gators and Louisville Cardinals with his friends. 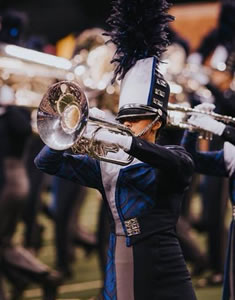 Visual Caption Head:
Jordan Yachabach
jordan.yachabach@sfraiderregiment.org
Jordan “Jordy” Yachabach has lived in Alachua County her entire life. While attending Santa Fe High School, from 2015-18, Jordan spent four years in the marching band and concert band programs. Jordan received the opportunity to march in the Raider Regiment as an 8th grader in 2014. During her tenure with the band, the band received 2nd place, 3rd place, and 4th place finishes in the FMBC Class 2A State Championships. She also performed with Unity Indoor Percussion in 2018, and they received 1st place at FFCC State Championships and 2nd place at WGI Dayton in class Independent A.

After graduating high school and returning from Drum Corps in 2018, Jordan took up a position as a tech at Bradford High School. Wanting to return to her Raider Regiment family, she came back to Santa Fe in 2019 and now serves as the Visual Caption Head for the upcoming 2020 season. She hopes to continue her teaching experience throughout the years and for as long as she can.

When Jordy is not teaching, she is in school working towards a degree in Health Sciences to reach a career in Physical Therapy/Sports Medicine. She loves hiking, playing recreational sports, and spending time with her dog, Maggie.

Music Caption Head:
Jeremy Hunter
jeremy.hunter@sfraiderregiment.org
Jeremy Hunter is a music composer, performer, and teacher living in Gainesville, Florida. Originally from Broward County, Jeremy graduated from West Broward High School in 2013. He served as a marching band instructor at West Broward for their 2013 and 2014 marching seasons.

In 2016, Jeremy marched with the 2016 Championship Drum Corps “the Bluecoats,” and in 2017, Jeremy marched their final season with the Bluecoats. He was featured in 2 solos and 3 features during their 2 years with the organization. In 2018, Jeremy spent their 3rd summer in the drum corps activity as the euphonium instructor for the Pacific Crest Drum and Bugle Corps.

In 2017, Jeremy relocated to Gainesville, Florida, to finish their Associates in Music at Santa Fe College. Since moving to Gainesville, Jeremy has taught visual and music with the Santa Fe Raider Regiment.

Outside of teaching, Jeremy is a seasoned freelance Composer and Performer. He runs a youtube channel called “Skatune Network” and has performed with various bands, including “Goldfinger,” “Five Iron Frenzy,” and “Pup.” In 2019, He recorded Trumpet, Trombone, and Euphonium for the Award-nominated Cartoon Network “Steven Universe Movie.” 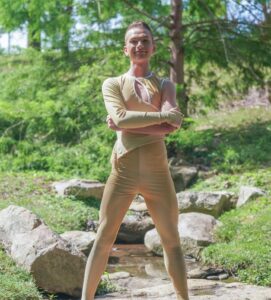